The dam is in loose materials type with a sealing core inclined upstream, with a height of 53.90m, and subtends a water mirror with maximum surface area of 0.61km2 (maximum reservoir height), with a maximum capacity of 8,59Mm3. The central core was made of silty clay, for the expected height up to the altitude of 191.40 m.a.s.l.

This service was approached in two phases.

In Phase 1, all possible alternative design solutions were identified and analyzed and the feasibility document of the design alternatives was drawn up with the evaluation of each alternatives from a qualitative, environmental, technical and economic point of view to be submitted to the prior assessment of the Infrastructure and Transport Ministry - General Direction for Dams and the competent peripheral office.

In Phase 2 on the basis of the opinion and prescriptions issued by the Ministry the preliminary design was drawn up, developing the solution deemed most suitable for the achievement, compatibly with the criticalities that emerged from the seismic re-evaluation analyzes, of reservoir full operation in static and seismic conditions of Ultimate Limit States and Serviceability Limit States provided by current legislation for existing dams. Subsequently we proceeded with the design and coordination of safety in the design phase, final/executive design for structural consolidation of the Guardhouse and stabilization of the neighboring slope and for the safety of the rocky ridge to the right of the dissipation tank against falling rocks. The study was developed starting from the definition of the survey plan, the documentation of geognostic, geophysical and structural surveys, verification of the seismic vulnerability of the guard house and slope stabilization interventions. Later the seismic safety reassessment analysis was carried out starting from a general framework with the relations: geological and geotechnical, interpretative of structural investigations and the seismotectonic study. In the same context, seismic checks were carried out on: dam body, surface discharge (chalice structure), metal walkway, dissipation tank, bottom drain tunnel, subsidiary tunnel (and relative well access) and well access to the drainages tunnel. Finally, the final design was drawn up for the structural consolidation of the guard house and stabilization of the neighboring slope. 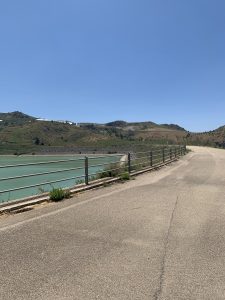 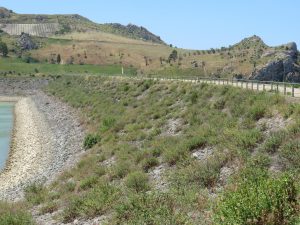 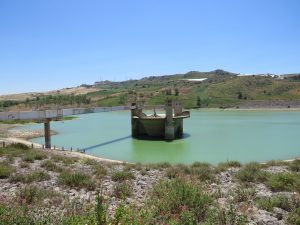 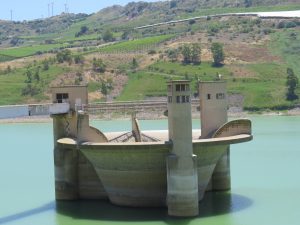 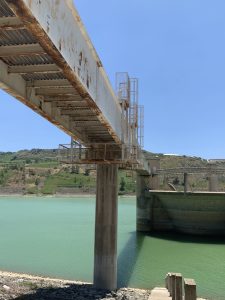 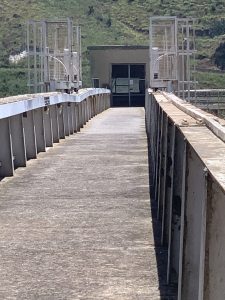 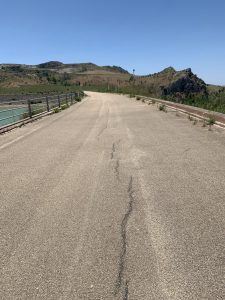 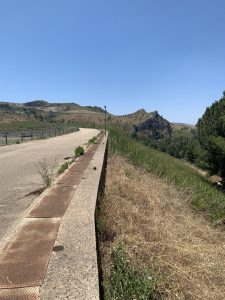 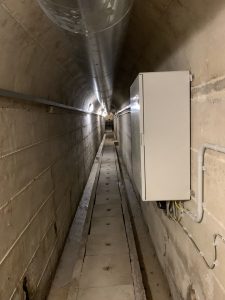