The bridge over the Crati river, designed by Santiago Calatrava, is conceived as a work of urban regeneration and mending between the old city of Cosenza and the district of Gergeri, that will bring growth and development prospects for the latter. In particular, the project involved the executive and constructive design of the temporary and definitive structural works and the design of the special foundations of the Bridge.

The work has a total span of 140 m and is divided into two parts. The first one consists of the deck of the bridge with a reinforced concrete bearing structure having a span of about 30m, which overpasses the railway station. The second part has a cable-stayed structure with a span of 110m, composed by a central pillar with a truncated cone shape and a pseudo elliptical base, inclined around 51° and over 90m high, connected to the steel deck via twenty pairs of cables. The cross section of the bridge has a constant width of 24m, which allows to house four vehicle lanes, two for each direction of travel, and a slightly elevated central pedestrian lane. The pedestrian path provided on the bridge allows direct access to the railway station of Calabria, located under the northwest abutment. 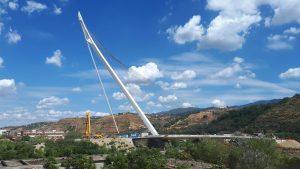 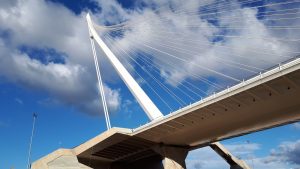 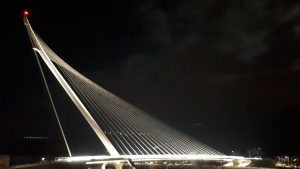 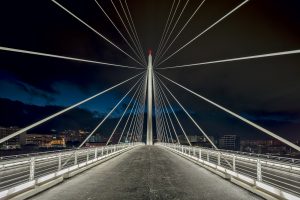 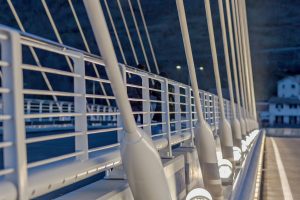 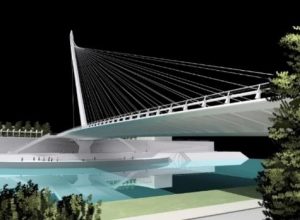 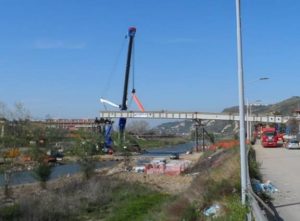