The multidisciplinary study carried out had as its purpose the definition of the conservation areas of the hydrogeological basin belonging to the Rocchetta Concession in the municipality of Gualdo Tadino and the mineral springs, an unavailable heritage of the Umbria Region. The resources available made it possible to perform an in-depth analysis thanks to particular hydrogeological tools such as the extended isotope survey.

The study was divided into several phases which included: the general geological and hydrogeological framework, the bibliographic research of geological data, hydrogeological, chemical and isotopic data of the areas, the integration of data through a piezometric, chemical and isotopic survey campaign, processing and interpretation of the acquired data, the study of the characteristics of the aquifers concerned and the evaluation of the water potential by hydrogeological units, the definition of the hydrogeological basin on the basis of the interpretations made and the hydrodynamic hypotheses of the identified basin, the creation of a hydrogeological flow model, the calibration and re-verification of the interpretations already made analytically, finally, the acquisition of the state and use of the soils, of the activities at risk and so on, arriving at the definition of the buffer zones of the Rocchetta and Serrasanta springs on the basis of the model and the study of local geology and hydrogeology and the definition of the areas of protection based on the model and on geology and hydrogeology. As for the buffer zone, the area has been identified with the hydrological-hydrogeological basin resulting from the study conducted to protect the mineral springs and mining appurtenances. As regards the protection zones, given the particular structural set-up and the presence of main faults, it was deemed necessary to expand the area following the fault lines where the flow velocities are greater and localized, representing points of greater vulnerability compared to the porous soil, and must be protected at a smaller scale. 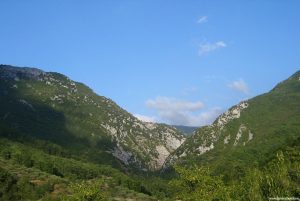 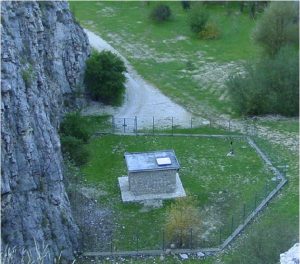 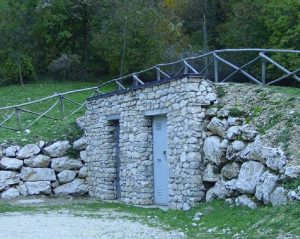 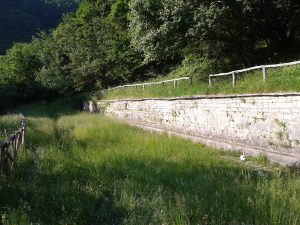